Mongolia has a population of 3,278,290 people, of which, according to the labour force survey, the total economically-active population (EAP) is 1.2 million. The EAP has split 46.3 percent women and the 53.7 percent men. 56.9 percent live in urban areas. The EAP is growing at a rate of 2.6 percent a year.

In the fourth quarter of 2016, unemployment stood at 10.0 percent, an increase of 1.4 percentage points on the previous year.

Mongolia’s school system lasts twelve years with school entrance age at six. In Ulaanbaatar and cities like Erdenet there are private schools, though of mixed quality. Ulaanbaatar also has some foreign-language public schools, for example for Russian, Chinese, Turkish, English, and German.

The National University of Mongolia is the country’s oldest. It hosts twelve schools and faculties in Ulaanbaatar, and runs branches in Zavkhan and Orkhon. Approximately one third of Mongolians with university degrees have graduated from NUM. Mongolian State University is the next biggest, with about 4,000 students.

In addition, UNESCO estimates that there were just under 10,000 Mongolian students enrolled in higher education abroad in 2012. Leading destinations include South Korea, Russia, the US, Japan, and Turkey There is also a network of vocational training for highly skilled workers, such as machinists, heavy-equipment operators, and construction workers.

The Ministry of Education and Science, often in conjunction with NGOs and outside government organizations, has implemented non-formal distance education programs promoting basic skill development. About 100,000 of Mongolia’s 1,200,000 adults are taking part in some form of distance education. In Mongolia, surveys of Mongolian employers reveal key issues as enhancing the employability of Mongolian workers.

Improvement should be made in basic education and reducing the drop-out rate. For secondary and tertiary education as well as vocational training, better links need to be established between education/training programmes and skills and knowledge required by enterprises. The government’s response has been to create a national council on vocational training, skills standards and certification, involving key stakeholders to support skills development and link it to the demands of the labour market.

Investors may obtain work permits for expatriate employees subject to a quota defining the percentage of expatriate to local employees (see attached document). For most sectors, this quota stands at 5 percent, although up to 80 percent in some extractive sectors. Obtaining work permits within the quota is significantly easier than outside the quota. See document on quotas for more details.

To obtain a work permit:

If the employee needs to travel out of Mongolia, the employer must bring the passport to the Immigration Department to apply for an exit and re-entry visa. The process takes three days, although it is now also possible immediately at the airport prior to the flight. There is a monthly fee of 384,000 MNT for work permits. Exemptions to this fee are provided in the box below.

The CEO and owners of a BEFI do not need to obtain work permits in order to work in Mongolia. They may instead obtain an investor’s card from the National Registration and Statistical Office and a T visa, which exempts them from the workplace fee. Neither the quota nor the monthly fee apply to expatriate workers in free zones.

The law on the rights of foreign workers states that expatriate employees shall have equal rights before the courts and the law as Mongolian workers.

All expatriate employees, apart from employees from embassies or organizations set up through special treaties, must be paid in local currency through a bank account in Mongolia (as per the Law on Conducting Settlement in National Currency, 2009). They may then freely transfer their salaries overseas.

Exemptions from the workplace fee

The following are exempt from the workplace fee:

The table below presents some typical salary ranges paid by foreign investors in Mongolia. For information, the minimum monthly wage is 320,000 MNT (as of 2019).

In April 2017, the National Tripartite Committee on Labor and Social Consensus convened to increase the minimum wage by 25%, setting it at 320,000 MNT. The new minimum wage will be implemented starting from January 1, 2019, with an hourly rate of 1,428 MNT. Around 4-5% of the Mongolian workforce earns the minimum wage, and members of the committee believe that the increase is one way to help citizens improve their living standards.

All employers must register at the Social Insurance General Office.

Social security benefits include the following: 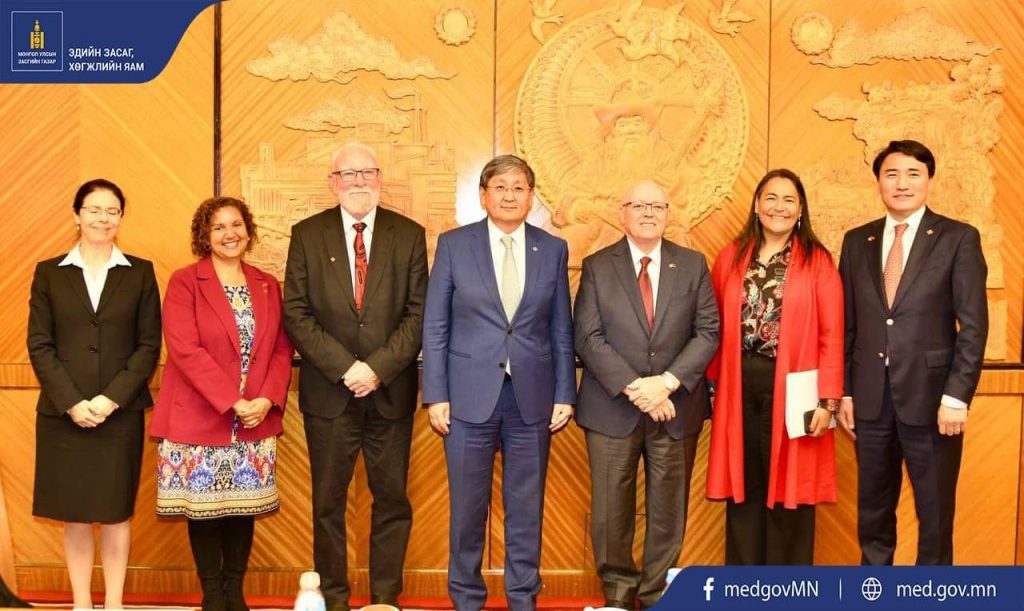 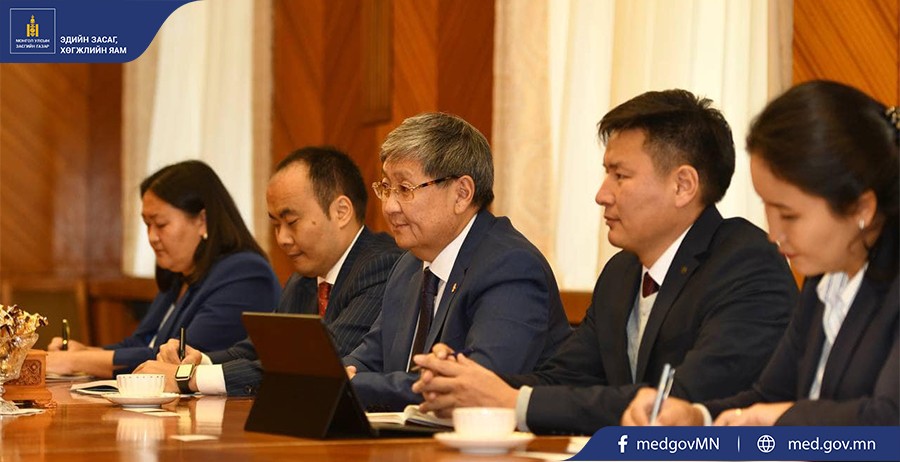 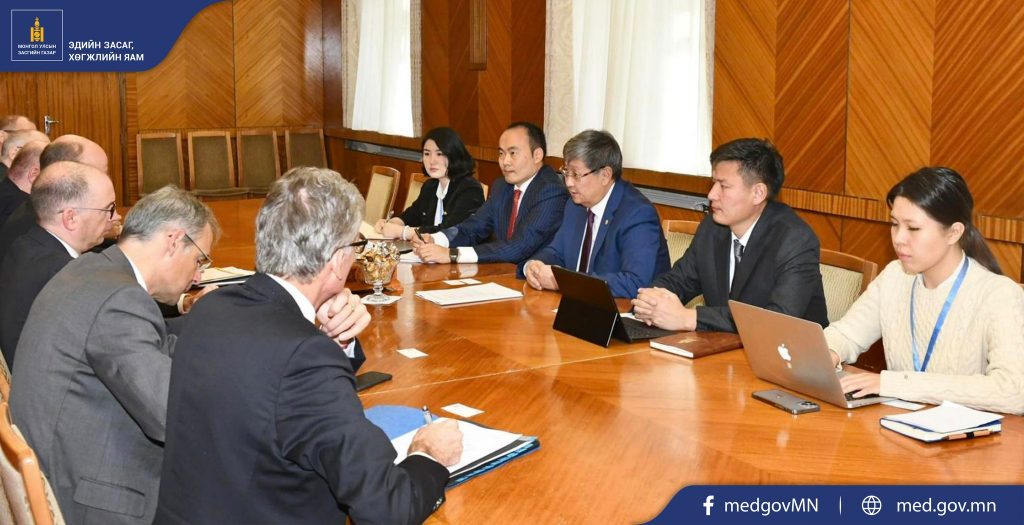 © 2023 Invest in Mongolia | Ministry of Economy and Development.